In all that is done in the universe, the Divine through his Shakti is behind all action but he is veiled by his Yoga Maya and works through the ego of the Jiva in the lower nature.

In Yoga also it is the Divine who is the Sadhaka and the Sadhana; it is his Shakti with her light, power, knowledge, consciousness, Ananda, acting upon the adhara and, when it is opened to her, pouring into it with these divine forces that makes the Sadhana possible. But so long as the lower nature is active the personal effort of the Sadhaka remains necessary.

Sri Aurobindo – The Mother with Letters on The Mother: CWSA, Vol. 32, p6

The personal effort required is a triple labour of aspiration, rejection and surrender,—

an aspiration vigilant, constant, unceasing—the mind’s will, the heart’s seeking, the assent of the vital being, the will to open and make plastic the physical consciousness and nature;

surrender of oneself and all one is and has and every plane of the consciousness and every movement to the Divine and the Shakti.

Sri Aurobindo – The Mother with Letters on The Mother: CWSA, Vol. 32, p6

All sincere effort to progress and get rid of dangerous habits is answered and supported by an active help from the Grace―but the effort must be steady and the aspiration must be sincere.

The personal effort has to be transformed progressively into a movement of the Divine Force. If you feel conscious of the Divine Force, then call it in more and more to govern your effort, to take it up, to transform it into something not yours, but the Mother’s. There will be a sort of transfer, a taking up of the forces at work in the personal adhar—a transfer not suddenly complete but progressive.

But the psychic poise is necessary: the discrimination must develop which sees accurately what is the Divine Force, what is the element of personal effort, and what is brought in as a mixture from the lower cosmic forces. And until the transfer is complete, which always takes time, there must always be as a personal contribution, a constant consent to the true Force, a constant rejection of any lower mixture—that is very important.

At present to give up personal effort is not what is wanted, but to call in more and more the Divine Power and govern and guide by it the personal endeavour.

There is one part of the being which is not at all conscious of being a part of the Divine. The whole of the outer being is convinced that it is something separate, independent and related only to itself. This part of the being must necessarily make a personal effort. It can’t be told, “The Divine does the sadhana for you”, for it would never do anything, it would never be changed. When one speaks with somebody, one should use his language, shouldn’t one?

It is certain that one’s own effort is necessary, though one cannot do the sadhana by one’s own effort alone. The Mother’s Force is needed, but the sadhak must open himself to it, reject what opposes the Force, put his full sincerity, aspiration, will power into the sadhana. It is only when all is open and there is the full surrender that the Divine Power takes up the sadhana so entirely that personal effort is no longer necessary. But that cannot happen at an early stage—one must go on opening oneself, consecrating oneself, making the surrender till that later stage comes. This has been explained in the book The Mother.

It is not that I want you to do all by your own strength; the Mother’s force is there. I should like you however to persist in meditation and the endeavour to be quiet within; even if at present there is no definite self-understanding or experience, this is the way to open the nature to them; we will try to do the rest for you.

Effort well-directed breaks down all obstacles.

Be steady in your aspiration and it is sure to be granted.

I have begun to see that both the personal effort of the sadhak and its result depend on the Divine Grace.

About this, one could say humorously that we are all divine, but we are hardly even aware of it, and what we call “ourselves” is that in us which is unaware that it is divine.

Moral laws have only a very relative value from the point of view of Truth. Besides, they vary considerably according to country, climate and period.

Discussions are generally sterile and without productive value. If each one makes a personal effort of perfect sincerity, uprightness and good-will, the best conditions for the work will be realised.

In fairy-tales, one has only to utter a word or rub a lamp or wave a wand for genies to appear and carry people through the air, build palaces in the twinkling of an eye and cause armies of elephants and horsemen to spring from the ground.

But personal effort brings about still greater marvels: it covers the soil with rich harvests, tames wild beasts, tunnels through mountains, erects dykes and bridges, builds cities, launches ships on the ocean and flying machines in the air; in short it gives more well-being and security to all.

If one needs thirty-five years to change one’s character, how can one make, from now, a total surrender to the Divine?

It may go quicker, you know! All depends on the way that one follows.

You remember, we spoke once of the attitude of the baby cat and that of the baby monkey. If you agree to be like a docile baby cat (there are also baby cats which are very undisciplined, I have seen them), like a docile little child, this may go very fast. Note that it is very easy to say, “Choose the attitude of the baby cat”, but it is not so easy to do. You must not believe that adopting the attitude of the baby cat lets you off from all personal effort. Because you are not a baby cat, human beings are not baby cats! There are in you innumerable elements which are accustomed to trusting only themselves, which want to do their own work, and it is much more difficult to control all these elements than to let oneself go in all circumstances. It is very difficult. First of all, there is always that wonderful work of the mind which likes so very much to observe, criticise, analyse, doubt, try to solve the problem, say, “Is it good thus?”, “Would it not be better like that?”, and so on. So that goes on and on, and where is the baby cat?… For the baby cat does not think! It is free from all this and hence it is much easier for it!

Whatever be the way you follow, personal effort is always necessary till the moment of identification. At that moment all effort drops from you like a worn-out robe, you are another person: what was impossible for you becomes not only possible but indispensable, you cannot do otherwise.

Power of Effort (Effort of Auroville)
Efforts well-directed break down all obstacles. 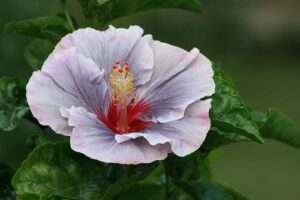 The Mother – Spiritual significance of flowers